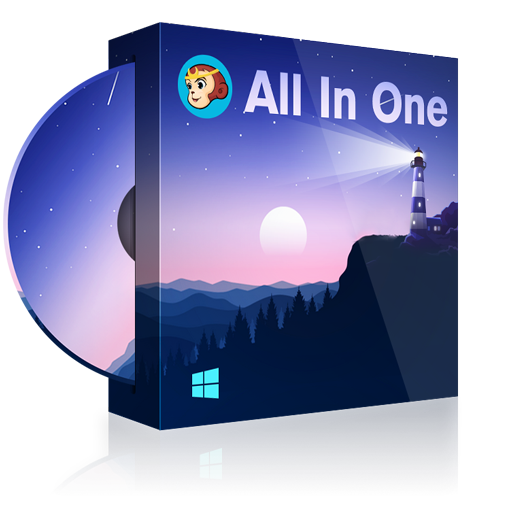 Ripping discs - whether Blu-ray or DVD - remains one of the surest ways to convert premium (original) movies to digital formats so they can be played on mobile devices and other portable devices. Typically, Blu-ray movies are sold in disc format, and the disc is usually protected with digital copy protection.

To watch Blu-ray movies, you need a standalone Blu-ray player or software like DVDFab Player 6. However, when ripped to a digital format, you can watch the Blu-ray movie, in the same quality, on your mobile device, TV, or any other device you've got. Ripping Blu-ray movies requires Blu-ray ripper software.

What Exactly is Blu-ray Ripping

In simple terms, Blu-ray ripping is the process of “ripping” (extracting) the content of a Blu-ray disc and saving it as a digital file, in the form of MP4, MKV, AVI, and many other common digital formats. This is to allow you to playback the movie on any device you wish,

Both the free and paid Blu-ray rippers mentioned below are good and work for the purpose of ripping Blu-ray discs. But, the major advantage of the paid options over the free ones is the number of "Advanced" features they support.

The DVDFab Blu-ray Ripper is a professional software program for ripping all kinds of Blu-ray discs. It is developed with the latest Blu-ray ripping technologies, and it goes on to support several GPU acceleration technologies. There’s a built-in video editor with all the standard video editing tools you’d ever need for quick video editing.

With the editor, you can personalize or tweak your Blu-ray movie before converting it into a digital format for mobile playback. Also, the DVDFab Blu-ray Ripper software runs smoothly on MacBooks and Windows PC; the interface is super-intuitive and easy to understand; anyone can easily navigate the available settings and options.

This Blu-ray ripper can decrypt any protected Blu-ray disc and extract its content to any of the 100+ supported digital formats you’d get on the software. DVDFab Blu-ray Ripper is fast and rips Blu-rays in near-lossless quality (both audio and video).

How To Rip Blu-Ray Movies With DVDFab Blu-ray Ripper

You need to install the software on your MacBook or Windows PC. After the installation, launch the DVDFab 12 program and click on the Ripping Module.

You can see the progress in real-time by navigating to the "Task Queue" module.

DumboFab Blu-ray Ripper is a full-featured Blu-ray Ripper software developed for macOS and Windows OS. It can convert any Blu-ray disc to MP4 format, or any other digital video format of your choice in a few minutes. It also supports highly compressed HEVC, (multi-track) MKV, and device-specific formats.

With the DumboFab Blu-ray Ripper, you can rip protected Blu-ray discs with near-lossless quality. The software's interface is clean and intuitive; so, it's easy to understand and use. Furthermore, this Blu-ray ripper supports the latest GPU acceleration technologies for faster Blu-ray ripping speed.

More so, DumboFab Blu-ray Ripper comes with a video editor pane where you can quickly add effects and personalize your Blu-ray movie before the conversion. No doubt, this is one of the best, and easiest-to-use Blu-ray ripper software for Windows and MacBook users.

Now, here’s a free Blu-ray ripping software you can use any computer system you have. Handbrake is a free utility program that allows you to play with digital videos, DVDs, and Blu-ray movies. It can rip and convert Blu-ray discs to over 150 digital formats without evidential quality loss.

As an open-source ripping software, you won’t pay any dime to use this software across all supported platforms (Windows, Linux, and macOS). Handbrake is equally a typical video converter software, which means it can be used to convert your regular digital videos in-between formats. It is quite fast and easy to use.

However, there’s no standard built-in video editor supported by this software, and it does not support BATCH Blu-ray ripping. Well, this is the perfect choice for non-professional users who need a freeware for ripping their homemade Blu-ray movies to digital formats for playback on their gaming consoles or mobile devices.

This program is ranked the best free DVD ripper for Windows OS. Well, yes, it doubles as a Blu-ray ripper because it can read and extract content from Blu-ray discs. MakeMKV is a freeware program that runs on Windows and macOS platforms, featuring one of the best interfaces you’d find on free Blu-ray ripping programs.

With MakeMKV, you will completely rip a full Blu-ray movie in about 20 minutes. Well, that's not as fast as DVDFab Blu-ray ripper, but it's still decent for home users. This software can read all kinds of Blu-ray discs and it rips the content to MKV format. MKV is one of the commonest digital video formats supported by many portable devices.

However, MKV files are quite larger in size than other video formats. Hence, you may need to use a video converter to further convert the ripped MKV movie to other formats such as MP4 (most preferably) or MPEG, but leaving the movie in MKV format would retain the original quality.

Surprised? There's nothing to be surprised about here, VLC player is more than just a "Media Player" app for playing your songs, videos, and movies. With VLC Player, you can also rip DVDs and Blu-rays, as well as convert videos in-between formats. Well, not everyone knows this, but it is possible to use this multi-feature media player to rip Blu-ray discs.

The VLC player software is entirely free and available across platforms (Windows, macOS, and Linux). It also features an intuitive interface and supports all known media formats (audio and videos). This program is lightweight; however, in terms of ripping Blu-rays, it is very limited; thus, it is best recommended for personal users.

Also, it is important to note that VLC Player cannot rip ALL kinds of Blu-rays. It cannot rip encrypted/protected discs, and it is very slow in ripping (up to 2 hours in some cases). The ripping tool is available in Media Menu >>> Convert/Save >>> Blu-ray.

The Acrok Video Converter Ultimate program is yet another ideal software for DVD and Blu-ray ripping. This Blu-ray ripping software comes with a suite of tools and supports many impressive features. It is a professional app with a free trial version that lets you check out the app's features for free for a limited time.

Acrok Video Converter Ultimate is not just a video converter; it works for ripping both DVD and Blu-ray discs. However, as a video converter software, it supports several digital video formats, so you can turn your Original Blu-ray movie into any format you prefer (MP4, MKV, MOV, AVI, MXF, WMV, AVCHD MTS, FLV, M2TS, etc.).

As you may expect, there's a built-in video editor with basic video editing tools. This allows you to tweak your movies and turn them into intriguing digital videos. With the support of NVIDIA's CUDA and AMD APP acceleration technologies, this Blu-ray ripper guarantees up to 10x faster speed. The outcome is near-lossless.

It does exactly what you expect it to do - rip your Blu-ray movies to the specific digital format you wanted. Yes, VideoSolo BD-DVD Ripper is one of the best Blu-ray ripping software programs you can use on MacBook and Windows computers. It works for ripping both DVDs and Blu-ray movies.

The output quality is near-lossless and the ripping speed is quite commendable. One of the impressive reasons to like this Blu-ray ripper program is the fact that it preserves the BD movie audio tracks and subtitles in the new ripped video. This software program is pretty intuitive to use, and it is lightweight, so it doesn't make your PC slow down in performance.

If you wish, this program allows you to extract the audio from your Blu-ray movie and save it as MP3 or any of the other supported digital audio formats. VideoSolo BD-DVD Ripper is a feature-rich, comprehensive BD ripper for professionals and home users (with less/no technical knowledge about BD ripping).

Most video converter programs also serve as DVD/BD rippers because they can read such discs. The EaseFab Video Converter Ultimate is an all-inclusive program for converting between video formats and ripping DVD/Blu-ray discs. It is a powerful utility program developed for macOS and Windows OS computers.

This program is currently being used by over 10 million people across the globe, thanks to its powerful features. With EaseFab Video Converter Ultimate, you can play with your videos and premium movies - convert them into any format of your choice for playback on specific devices that you own. Basically, this program supports 500+ digital formats, including device-specific formats.

Furthermore, it supports hardware boost and GPU acceleration technologies; hence, it processes tasks quite faster than most free Blu-ray ripping programs. If you also need to compress the movie, EaseFab Video Converter Ultimate has a feature for such actions. It is one of the best to use on MacBooks and PCs.

What is your need? Rip Blu-rays and compress to HVEC digital videos? The AnyMP4 Blu-ray Ripper can do that seamlessly. This program is perfect for ripping homemade and commercial Blu-ray discs/folders/ISO image files to 4K UHD or 1080p HD videos. It also supports the 3D format, and it retains the movie quality throughout the ripping process.

AnyMP4 Blu-ray Ripper supports at least 500 different digital video and audio formats, including popular and unpopular formats. It integrates cutting-edge GPU acceleration technologies, which makes the program run at a faster speed than most other alternatives. You can rip to MKV format losslessly, or any other digital format.

The interface of AnyMP4 Blu-ray Ripper is well-designed and easy to navigate. Of course, the program supports a built-in video editor for people who would love to edit some part of their videos before converting to digital formats. Whether you use MacBook or Windows computer, this Blu-ray ripper is one of the best across those platforms.

This is the last entry on this list, but it is surely not the worst program here. Leawo Blu-ray Ripper is, in fact, the best multi-feature Blu-ray ripping software for macOS. The interface alone is superb, and anyone, including people who have no prior knowledge about BD ripping, can easily use the software without a guide.

Leawo Blu-ray Ripper supports 180+ digital formats, which implies it can turn your Blu-ray movie into any of the supports 180+ video formats. This means you can use this program to convert your Original movies to a format that can play on your iPhone, Android devices, TV, or even gaming console.

With the support of hardware acceleration technologies, this BD ripper program guarantees up to 6x faster speed. It also supports 3D Blu-ray movies, and there's a built-in video editor to help you personalize the movies before the actual conversion. You'd enjoy a lossless conversion with this software program.

When it comes to Blu-ray ripping, you need software that can rip even large discs in a matter of minutes. DVDFab Blu-ray Ripper is very fast and can completely rip a disc in less than 10 minutes (if your PC is compatible with the GPU acceleration technologies).

Also, you need a BD ripper that supports several digital video formats, so you won't be locked with limited options, and need another video converter software to further convert the ripped movie to the specific format you wanted. Ripping Blu-rays and DVDs also helps to preserve and reduce the size of the move, while the quality remains untouched.

Apparently, any Blu-ray Ripper chosen from this list is efficient for the purpose and runs on different platforms. 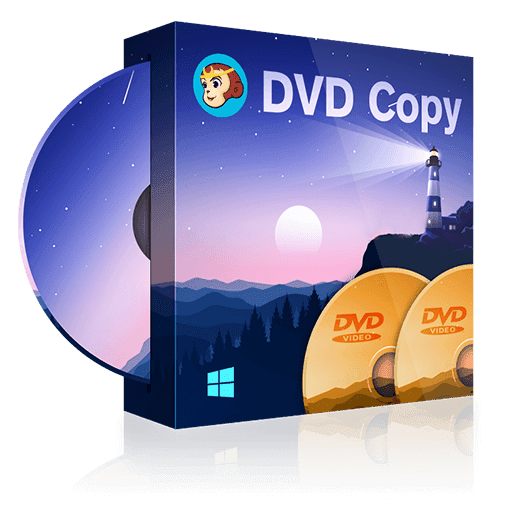